I’m working on updating an enterprise iOS application.  As part of that update, I eliminated dependancies on several third party libraries, and the remaining libraries I wanted to manage using CocoaPods.  Otherwise, the situation was that the source code for those libraries had just been dumped into the project several years ago, and there was no easy way of knowing what version of the libraries was being used nor a sane way of keeping the libraries updated. Using CocoaPods was surprisingly easy, but there were a few gotchas I ran into since I was integrating this into an existing project.  I thought I would share in case there are any other newbies out there who run into similar issues.Continue reading

“Objective-C without all the baggage of C” 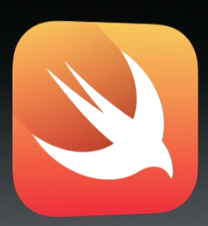 One of my developers who has a C background said about Objective-C, ‘it has a lot of baggage from C’.

Apple asked the question, ‘what if we could have Objective-C, without the baggage of C’. Today they gave an answer- a new language called Swift.

GitHub is NOT the place to put your PSD’s – there is a 100 MB strict file size limit on all files, and keeping git repositories small is important to efficiency. Continue reading